When I began to develop into a young woman, my friends had round hips and boobies’ ! I still looked like a stick, when we walked by the filling (gas) station on our way home from school, my friend Carolyn would get wolf whistles from the guys, but they didn’t even see me.

They would yell, at Carolyn “I wish I had that swing in my back yard.” I did not know what they meant, because she was walking.

I remember getting my first great idea, I would make me some hips! So I cut out side hips from old towels and sewed them into my underwear on both sides. I thought I looked pretty good, myself, but one afternoon my daddy kept looking at me so strange, I felt my hips kind of sliding around! Daddy looked truly horrified and screamed for Mama, she came running into the room. Daddy was in a panic and ask her what was wrong with me?

She ask me about my hips, with a grin on her face, that soon broke into full laughter, remembering my fits as she called them, when she sewed a dress for me when I was about 6, I wanted it strapless like the movie stars wore, we argued over it. But she makes it her way.

I told her why I made my hips, then, she couldn’t control her laughter. I didn’t think it was so funny.  Daddy looked at us both like we were nuts and left the room.  She said only you could think of such a thing. But she had to admit she was wrong, about 15 years later. When they started selling them in magazines and still sell them at Victoria’s Secret today!

It seems to me Mama should have listened to me more. As I was thinking outside the box.

This site uses Akismet to reduce spam. Learn how your comment data is processed. 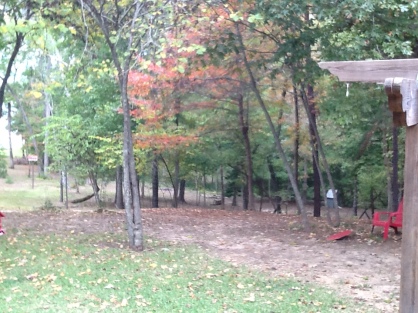 Fall at the Lake